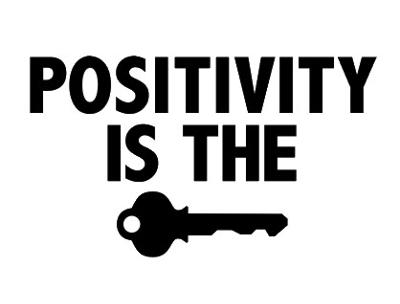 Whenever I give interviews to newspapers, I am always concerned they will present my comments in a misleading fashion. A certain Toronto based newspaper has done just that in an article featuring Hamilton’s current renaissance. Rather than deal with the specific misquotes and selective quotes that improperly reflect my comments and attitudes concerning Hamilton I will just summarize my actual thoughts.

Hamilton represents a great opportunity for our company as it is the early phase of a robust city rebuild and transition from a former industrial powerhouse. The city is pivoting to a widespread platform including; medical, technology, services, university, banking, art and yes, some industrial! We have purchased and closed on three large scale development sites and we are currently looking at several others. All told our investment in Hamilton should be in excess of $1 billion over 10 years. My decision to work in Hamilton was based on many factors. These factors include a surge in locally based investment in medical uses, technology, residential development, university expansion, retail growth, entertainment, and a burgeoning art scene. After meeting with local city planners, and talking to councillors I have come away with the opinion that they are willing to enter into conversations with an open mind. City development incentives show an eagerness for development expansion in the core.

Population growth of approximately 6,000 people a year is a huge positive for the city, I expect the city to outperform these estimates. The GO train expansion with the new West Harbour station is a huge positive for those who are employed in Toronto but want to escape Toronto’s high real estate prices. I believe that a healthy number of new residents will continue to be employed in Toronto. So, a portion of residents will be using Hamilton as “a suburb of Toronto”. Hamilton is a city, it is one of the reasons why I want to develop our product in Hamilton. I am only interested in the development opportunities in the core of vibrant, real cities.

All great cities are multifaceted and represent different things to different people. The fact that some percent of Hamilton residents work in Toronto is a positive for Hamilton, it certainly does not define Hamilton.

I am excited about how the city has transitioned from the “dying industrial base” of steel. This too is a huge positive for Hamilton. While steel will likely be present for many years to come it does represent a greatly reduced footprint.

I am also excited that the core of Hamilton has not seen any huge rush of ‘bad’ high-rise development. From a high-rise redevelopment standpoint, it represents a near blank slate ready for change. High-rise buildings have only become economically viable in the last few years. Hamilton is similar to Toronto 20 years ago with a large number of parking lots dotting the central core. This too is a positive for the tremendous opportunity to better and beautify the city with new office buildings, hotels, and residences. Weaving a modern tapestry amongst the existing history is how a city should develop.

It’s disappointing to know that a Toronto newspaper would selectively quote me to paint my involvement in Hamilton in a negative light. Don’t believe everything you read in the news and don’t jump to conclusions.

My motives for investing in Hamilton are all based on positive ideas and positive thoughts and shouldn’t be poisoned by misrepresentation.